The epidemic of infection by the new coronavirus associated with Severe Acute Respiratory Syndrome (SARS] -CoV-2) has spread rapidly around the world. Today it continues to spread throughout the planet and has already infected more than 18.3 million people, and the global death toll now exceeds 696,000.

Until today, in the Dominican Republic we have 74,295 confirmed cases and 1,243 deaths. In much of the world's population, we continue in confinement, physical distancing and paralyzed displacement, as well as economic activity, causing a very serious recession throughout the planet.

Both the new virus and the covid-19 disease were unknown.
Coronaviruses are an extensive and ancient family of viruses, perhaps 10,000 years old, that can cause disease in both animals and humans. Within the coronaviruses or "CoVs" there are four main groups and they have names of Greek letters: alpha, beta, gamma and delta.

Four of them (HCoV-229E, HCoV NL63, HCoV-HKU1 and HCoV-OC43) usually cause a cold and the remaining three: SARS-CoV-1 (2002-2003), produce acute and severe respiratory syndrome; MERS-CoV produces Middle East Respiratory Syndrome and now SARS-CoV-2 which is the latest addition.

Coronavirus gets its name from the presence of S proteins on its surface, which gives rise to the protruding spikes or spikes similar to a crown.
These are the proteins responsible for adhesion to the host cell. Once attached to the cell, it enters through a receptor called ACE2, which is found in many parts of the human body: in the lungs, heart, kidneys, and intestine.

The main mission of the virus once it enters the body is to create copies of itself. For this, it uses the machinery of the cell where it enters, like a factory to make copies of itself and its genetic material. It leaves the cell with its thousands of copies, ready to start infecting other cells.

One of the main differences between SARS-CoV-2 and other coronaviruses is that it attaches to more cell receptors and thus reproduces faster, even before the patient had symptoms. This means that a person can begin to infect others before symptoms appear.

Management of the patient with fatigue 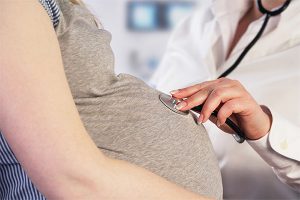 Preterm delivery: risk, cause and prevention