Obesity has become a worldwide epidemic and with it has reached a gigantic wave of acute and chronic complications that happen.

The majority of the world's population lives in countries where overweight and obesity claim more lives than underweight.

Obesity has entered homes, affecting even children, and in 2016 there were 41 million children under the age of five who were overweight or obese, and the situation is propagated and maintained, since obese children will not be in skinny adults, but that this condition remains. In 2016 there were more than 340 million children and adolescents (5 to 19 years old) who were overweight or obese.

The obesity index has tripled since 1975. Childhood obesity covers a high percentage of the total number of obese people, bringing with it hypertension in adolescents, childhood diabetes and cholesterol disorders.

The point to evaluate is not only the obesity itself, but the other components of the work in macro and that translate into a decrease in the quality of life, impoverishment and death.

One of the elements that has taken center stage in the world panorama is the fatty liver, a condition that for a long time was taken lightly and of which it was supposed not needed major interventions, however, advances in technology, knowledge and research , they give the medical sciences a dynamic interaction, and with it we grow and change. Well they say that the study of medicine never ends and that what is taken for granted today, tomorrow may be a lie.

When assessing a patient from the metabolic point of view, we take as a reference their weight, their size and the relationship between these two elements, resulting in the body mass index. Also important are the abdominal perimeter whose normal reference is 88cm in women and 102cm in men. These parameters are important, because with them we can define in what range the patient is in the spectrum of low, norm, overweight or obesity, in addition to calculating the cardiovascular risk attending to the waist increase.

These elements have a close relationship with the possibility that the patient presents fatty in the liver, therefore, a person who phenotypically (in appearance) suggest to have a metabolic syndrome, is a candidate to investigate in relation to fatty liver.

1. The first line of pharmacological treatment
It includes the use of vitamin E at the rate of 800UI / day; however, it should be noted that there has been no regression of liver damage with its use and that there is an open chapter regarding cardiovascular safety and its probable relationship with prostate cancer. No diabetic patients were included in the studies.

2. The first line of boarding
This patient is responsible for changes in lifestyle, which must be taken as rigorously as a capsule, reducing the consumption of fat, sugar, salt and carbohydrates (flours), added to physical activity, a proven strategy, without risks or side effects of low cost and that also supports other treatments and prevents diseases and complications.

3. The close relationship of fatty liver with diabetes
It is basically due to the insulin resistance that the patient has and continues to advance before our eyes with that glycemia fasting in 103, 110,115, which in time and before inertia, ends up acquiring names: Diabetes Mellitus type 2, so the fatty liver is the physical manifestation of the metabolic syndrome and it warns us under its signal the internal deterioration of the patient.

Insulin is produced by the pancreas and acts as a key that opens the doors of the cell wall allowing the passage of glucose to the inside of it, however, the quality of that insulin can decrease to such an extent that it fails to meet its role, accumulating in the bloodstream, altering the cellular environment and evolving from alteration of insulin or pre-diabetes to type diabetes mellitus

4. Maintain a balanced diet and exercise
It must include physical activity in the daily routine. These measures have a positive impact on the health of each individual.

Food, stress, and your emotional relationship 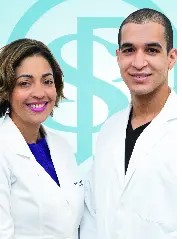