The uncomfortable and painful urine infection

Urinary tract infection (UTI) is a clinical entity induced by the invasion, colonization and microbial multiplication of the urinary tract that exceeds the capacity of the patient's defense mechanisms and is an expression of structural or functional alterations.

It is a very common entity that affects men and women of all ages. This disease causes seven million medical consultations and around one million consultations via emergency, second only to respiratory tract infections.
Although, under normal conditions the urinary tract is free of bacteria, those that ascend from the rectal reservoir are the main cause of this pathology.

This condition is usually caused by bacteria; however, they can also occur due to fungi, viruses or parasites. The microorganism most commonly found in urine cultures is the bacterium Escherichia coli (in 90% of cases), which normally lives in the intestine.

In the same way, urinary or urinary tract infections include different infectious diseases, which can affect any part of the urinary system such as bladder, ureters and kidney.

On the other hand, do you know why a urinary infection occurs more often in children and the elderly? It is usually due to malformations or functional problems that favor infection, such as not constantly changing the diaper, not performing proper hygiene, such as cleaning the girls from the anus to the vulva, and not the other way around, and if it is a child, it may be due to the foreskin being very closed, a very marked difficulty that could benefit the conservation of microorganisms in the area of the glans that can subsequently be scaled by means of the urethra.

In elderly people, a predisposing factor for urinary infection is obstruction of urine output due to prostatic growth, both malignant and benign.

The symptoms of UTI depend a lot on where the infection takes place, since it can originate anywhere where urine is transmitted, starting in the kidneys and until the exit.

If the infection is found in the bladder it is called cystitis, in which case the following are the most common symptoms: urgency urgently and frequently, low abdominal pain, itching or burning in the urethra when urinating, blood urinating (hematuria) ), frequency (when urinating more times, but always in a small amount).

If the infection occurs in one or both kidneys, it is called pyelonephritis, which is a more serious illness than the previous one, so if it is not treated in time, it is very likely that it will cause irreversible damage to the kidneys. The most common symptoms are the same as those mentioned above, to which are added the following: chills, pain in the back side, nausea and vomiting.

In general, the causes of recurrent urinary tract infections are bacteria that reach the urethra mainly from feces, stones (stones) in the urinary tract, weak immune system, diabetes mellitus, low fluid intake or obstruction at the exit of the urine, such as prostatic growth and urethral stricture. 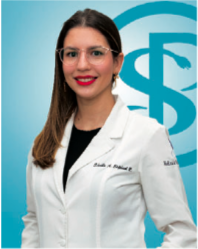 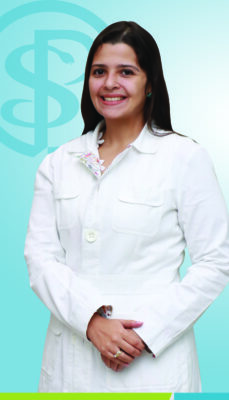