Low back pain in pregnant women

During pregnancy, women suffer many changes, which affect many physical and psychological structures.

At the muscular level, the relaxation of the abdominal muscles allows the correct growth of the uterus, but produces congestion at the pelvic level, which can lead to a conflict of space and the consequent compression of the nerve roots. The increase in lumbar lordosis causes hypertonia of the muscles of the area.

At the osteoarticular level, the greater secretion of relaxin, which favors ligamentous laxity, causes an increase in lumbar lordosis (curvature of the spine). The pelvic anteversion, sacral horizontalization and the horizontalization of the ribs, together with the increase of curves and weight produces an overload in the anterior aspect of the vertebral bodies, favors the pressure in the posterior portion of the intervertebral discs, pressing the common vertebral ligament posterior, so that protrusions, herniated discs and, in the first place, lumbago can form.

In this article, we want to focus our attention on the physical changes and, in particular, on the negative effect, which at the lumbar level causes the well-known "lumbalgia of the pregnant woman" and that we will address at the rehabilitation level.

The displacement of the center of gravity forward as a consequence of the progressive growth of the abdomen, the breasts and the increase of tension to which muscles and ligaments are subjected, due to the forced position adopted by the pregnant woman, are responsible for the pain. They produce lumbar hyperlordosis, which results in severe back pain during some of the stages of pregnancy.

The back of the pregnant woman is experiencing in the last months of gestation a progressive adaptation to her new state, this curvature in the lower area of the back will disappear after childbirth.

Most of the weight gained by the pregnant woman is concentrated in the lower part of the pelvis along with the increase in abdominal volume, and this produces a tendency to tilt the body forward, which the pregnant woman tends to compensate unconsciously with a position towards back of the upper part of the body above the pelvis, to restore its center of gravity, but doing so increases the lordosis (curvature) of the lumbar segment.

It is vital to learn how to properly guide the body and what would be ideal to learn before pregnancy to avoid discomfort. Physical exercises for prophylactic and therapeutic purposes achieve a rapid and complete restoration of health, labor reintegration and prevention of major consequences, such as acute symptoms and absolute rest.

The most appropriate pedagogical strategy to support this learning and perform the treatment is physiotherapy. It is recommended to exercise continuously to avoid subsequent pathologies in this stage of life.

Among the treatments are masotherapy, thermotherapy, neuromuscular technique, treatment of trigger points of the pyramidal muscle, the articulatory technique for the iliac bone and the lumbar quadratus stretch. 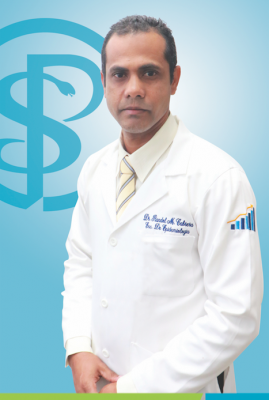