Neuralgia is the term used to describe the sensation of pain that extends over one or more of the cranial or spinal nerves, although its use is restricted to specific clinical syndromes, such as trigeminal neuralgia (NT).

The trigeminal or V cranial nerve is the main sensory nerve of the head and the motor nerve of mastication. It is called trigeminal because it has three branches or divisions: ophthalmic (V1), maxillary (V2) and mandibular (V3), which pick up the sensitivity of almost the entire face.

The third branch also has motor fibers for mastication muscles.

This disorder is recognized since ancient times by Arateus de Cappadocia in the first century, who referred to a pain in which spasm distorts the countenance.

It affects both sexes equally, with a slight predilection for the female. The so-called idiopathic form (formerly called essential) is more frequent in the fifth decade of life and the symptomatic form (now known as secondary) between the third and fourth decade.

The International Association for the Study of Pain (IASP) defines such neuralgia as “sudden, usually unilateral, severe and stabbing pain, of short duration and recurrent in the distribution of one or more branches of the V cranial nerve”.

The International Headache Society (IHS) in its classification of headaches ICHD, third edition, beta version (ICHD-3 beta), describes in similar terms trigeminal neuralgia: “disorder characterized by brief unilateral recurrent pain as electrical shock, onset and abrupt termination, limited to the distribution of one or more divisions of the trigeminal nerve and triggered by harmless stimulus. ”

The distribution territories V2 and V3 are most frequently affected.

Frequently the patient refers pain in the dental organs and neighboring structures, so he initially goes to a dentist with the belief of an odontogenic origin.

It is not uncommon for some patients to suffer unnecessary dental extractions due to an error in the diagnosis.

There is usually a point of discharge or trigger at the facial level, often at the level of the nasogenian groove. The pain may disappear spontaneously for months or years. However, in most cases the crises are becoming more frequent, more intense and the characteristics of the pain are changing in the case of a progressive disease.

Bilateral cases occur in 3-4 % of subjects. The physical and neurological examination is generally normal, although sensory alterations can be detected at the facial level and of the corneal reflex in the so-called essential neuralgia.

In secondary or symptomatic neuralgia, neurological deficits have been observed in up to 47% cases.

The precise diagnosis of trigeminal neuralgia is usually clinical, therefore, it is based on the description of its characteristics made by the patient, and it is essential for the specialist to rule out organic lesions. All patients with trigeminal neuralgia should undergo an MRI.

2. Pain that has at least four of the following characteristics:
- Distribution along one or more divisions of the trigeminal nerve.
- Sudden, intense, sharp, superficial, sharp or burning.
- Severe intensity.
- Precipitated by trigger areas or by certain daily activities such as eating, talking, washing your face or brushing your teeth.
- The patient is entirely asymptomatic among paroxysms.

4. Attacks are stereotyped in individual patients.

5. Exclusion of other causes of facial pain due to history, physical examination and physical investigations when necessary.

If the clinical history satisfies two criteria, then there is talk of "possible trigeminal neuralgia"; in it the pain has to be paroxysmal and its distribution must be in territory innervated by the trigeminal.

The paroxysmal characteristic is abrupt in its beginning and termination, although the verbal description may vary from one patient to another. In most cases the pain lasts a few seconds, but it can reach up to two minutes.

There are studies that show that trigeminal neuralgia can enter a period of complete remission in up to 63 % of patients. This period can extend from weeks to years, but most occur for a few months.

The medical examination should ensure that the pain does not extend to the posterior third of the skull, the posterior posterior part of the ear, or the skin at the mandibular angle, since these territories are innervated by cervical nerves instead of the trigeminal.

With alert they will celebrate World Osteoporosis Day 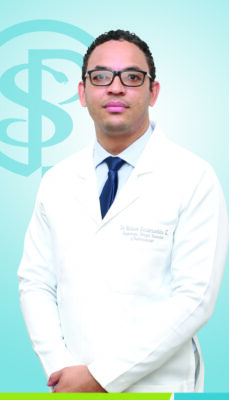